This update brings a some performance optimizations, mostly due to my mistake on giving default values to some attributes. Luckily, you can apply this update yourself pretty easily:

-Removed the default values of the drawings list from the Health and Energy behaviors. When those lists are not empty, it creates and attaches an image to the screen, in case the drawings do happen. For enemy actors that aren't meant to display their health on screen, this would cause performance issues in large quantities. For games that already have the pack imported, you only need to remove the default values from your actors if they are not meant to draw on screen. Do the same for the Energy beahvior.

-In the same way, the Die When 0 Health behavior was updated to not attach the image if the actor is not suppose to draw their extra lives value on screen. For games with the packs already imported, open the behavior, and at the bottom of the "Created" event, remove the "attach image" block, the one highlighted in the bellow image. 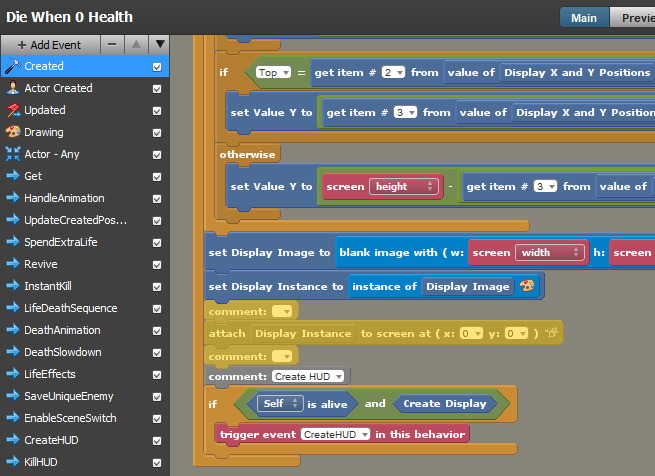 By applying these changes, it should improve performance when using several enemies in your scene.

Get Luyren AI and Combat Pack